What the readers think...

I was surprised by this book. I bought it with some reserve as I thought it was going to be all hi tech killing machine stress and fighting, but it was a really 'human' story. Kylem (and I didn't miss the irony of the name) is a delightful mix of murder angst and insecurity. He's SO believable as a person as well as a character and creation. He's beautiful. I adore him and his adventures had me on the edge of my seat. The story is quite complex but the pacing and the way it's told keeps us right on track and there's never a struggle to understand what's going on. We go on Ky's journey with him and see the world through some very unusual eyes.I understand there is going to be a sequel and I will definitely be buying it.

Cheryl Headford
I finished your book last night and I thoroughly enjoyed it. I could barely put it down and have recommended it to all of my friends. I especially love the thought of an android being worried that he's feeling worry. I also loved the variety of scenarios from war to training sessions and rape to love making. ...spoiler removed... Please tell me you're writing more!

Clare N
In this sci-fi adventure, the imperfect weapon is a kid, a prototype, who looks like a human, but isn't. What made the story come alive were the great descriptions. My favorite parts are the descriptions of how this prototype tries to understand what's happening to him and around him.
Carolyn Chambers Clark
I've fallen in love: This was one of those books where I finished and wanted to hear so much more about the characters that I considered writing some fan fiction to make up for the loss I felt. While I often feel like I miss characters it's rare for me to want to write about them too and that's how amazing the characters in this book are. The people are so life-like and I fell in love with them right away. The plot was great too and although it really wasn't what I had been expecting I loved what happened and all the action was great. I really hope the author writes more in the universe as there were so many planets and races of people hardly explored but fleshed out enough that they felt real anyway.

Brenda Russell
Intriguing science fiction story: Although it started a little rocky for me, Imperfect Weapon was one of those books that grew on me the further I got into it. The characters weren't very likeable to me in the beginning (partly due to my own bias against some behavioral traits exhibited by certain characters). But once the story got moving, I found myself warming to the players in this story and swept up in the intricate web of events taking place within its milieu.
Speaking of the milieu, I am impressed by the amount of thought that went into creating the world behind this book. The story is quite original and puts a unique twist on the tropes of the genre. The science is rock-solid and the storytelling first rate. Like any good science fiction tale, this book makes you think.
Imperfect Weapon centers around a young adolescent boy named Kylem who is a cyborg created to destroy the enemies of the Sallow Empire. Kylem, called by his creators the Destroyer Series Mark-I (Espion), is a lethal killing machine and lives up to his name. But during the course of the story, Kylem discovers that he is more than the sum of his parts and begins to question his programming and whether he is becoming something greater than what his creators intended. His curiosity of who and what he is sets off a chain reaction of events that lead to a climactic showdown.
I found myself wishing the story wouldn't end and yearning to pick up the next book in the series. I recommend Imperfect Weapon to all die-hard fans of science fiction. This looks as if its going to be a marvellous series. Don't pass this one up!

Kevis Hendrickson
Great characterisation: I loved this novel. Conceptually it is somewhere between Ender's Game and Do Androids Dream Of Electric Sheep. The setting was limited in scope but the author breathed atmosphere into a could've been a bland existence. The real strength of this novel is the depth of character of the main subject. Kylem's experiences and life are described in intimate detail and while some of the events are mundane living them through Kylem's eyes makes them magical.   In some ways the writing seems clever, violence is portrayed in a matter of fact android manner mirroring the perpetrator's outlook. But in some areas the terminology and references are dated and don't really fit a sci-fi environment. Common everyday terms and technology were fine when concentrating upon one of the many humanoid cultures but when the same phrases are given the backdrop of a sentient android race the illusion is shattered. The technology in places seemed a little antiquated. Unfortunately, the author doesn't seem to have done any research into theoretical sci-fi principles.
It is worth mentioning that I didn't notice a single error. The author has delivered a good product with a great story and good characters. It is a shame it lacks a little sci-fi depth.

Mr M Ryan
A damn good Christmas read. The boy from school who had "Attitude".
B C Berry
When asked what sort of books I like my reply is always the same - “I’ll read anything as long as it’s well written”. After reading the sample I decided that this one probably qualified so I took the plunge and downloaded it, even though I’m not usually a big fan of sci-fi. Well I’m glad I did!

The unlikely hero is a humanoid-android cross called Kylem and the way this adolescent character is developed really made me empathise with him. In fact all the characters are believable and “real”, so much so that I completely accepted the reality of an alien race, living aboard a starship the size of a small planet and cheerfully immersed myself in their world.
I’m not going to add any spoilers because I want others to enjoy it as much as I did. So suffice to say it’s a well-crafted story with a diverse cast of characters, a captivating plot and you don’t have to be a sci-fi aficionado to enjoy it.
Fittsey 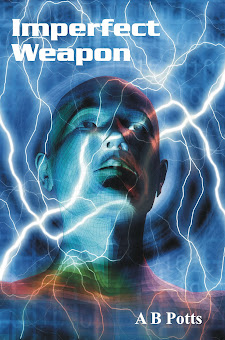 Book 2 in the Espion series 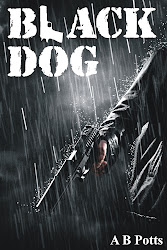 You can follow the adventures of Jenny Terran here.